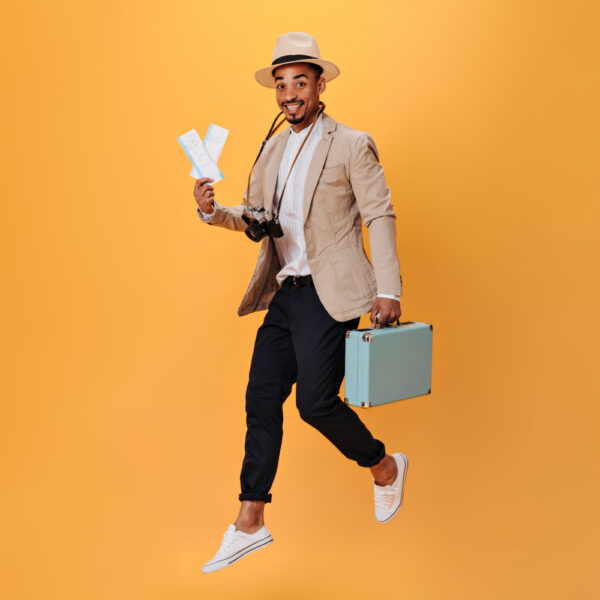 Diaries from Barcelona, Spain: a journey of sport, culture, and nature by Alasdair

Would you like to visit the first park of silence in Spain? Or do you dream of visiting Antoni Gaudí’s works, such as the Sagrada Familia? 😍

You can discover these places in Barcelona, Spain, and much more with Spanish Express! 💃

This cosmopolitan city is available as part of our Spanish Homestay Immersion Programme (SHIP) 🚢.

We will welcome you with open arms in Dosrius, Barcelona!

This beautiful natural province area hides terrific treasures that will leave you speechless. The best thing is that, just a few hours away, you’ll have the opportunity to experience Barcelona’s diverse and colourful city centre.

You’ll get the best of both worlds in one trip while learning Spanish.

If you wish to find out more about this experience, we present to you the diary of Monica, founder, and director of Spanish Express and a Spanish teacher-hostess in the province of Barcelona.

Monica welcomed Alasdair, our latest student to visit Barcelona, Spain, and now shares with us his adventures in this beautiful city.

Discover their story and be the next to join us! 🌅

Objective: To prepare for the DELE B1.

Our student, Alasdair, is a 16-year-old teenager studying with us virtually for the last two years. Therefore, I was delighted to be able to share with him ten wonderful days (he stayed three extra days) participating in the Spanish Homestay Immersion Programme (SHIP) in Dosrius, Barcelona.

Alasdair chose June to visit Dosrius in Barcelona, as he had finished his GCSE exams and, as he is such a good student, his mother rewarded him with the immersion trip to Barcelona.

During the first few days that Alasdair and I shared, I really enjoyed seeing his passion for sports, culture, and nature, as well as his interest in learning more and more about the Spanish language.

Alasdair had the opportunity to improve his Spanish through sporting activities such as football, basketball, and swimming, as well as the many visits we made during his stay.

One of the main activities Alasdair took part in was the football club he attended every morning, where he had the opportunity to practice Spanish while playing football with other boys his age.

He was also curious to see the Montnegre i Corredor natural park, the first silent park in Spain.

This area has been chosen as the first park of silence in the country, thanks to the initiative led by Quiet Parks International. Its main objective is to ensure that peace and silence are the only things in natural places.

In this way, the Montnegre i Corredor natural park joined the long list of parks worldwide that are part of this plan.

Alasdair had read about it, so he wanted to experience it by visiting the only such park in Spain. It was a privilege to enjoy the sounds of this area’s flora and fauna.

The best part? This park is in my backyard!

What can I tell you? These are some advantages of living with your teacher while learning Spanish.

Half of the SHIP

Due to the immediate proximity of Montnegre i Corredor to my home and Alasdair’s passion for sport, walks in the mountains became our daily routine.

The landscapes and the varied vegetation surprised Alasdair. He never thought that these natural landscapes could be found in such a place as Barcelona, Spain.

We also had the opportunity to explore the nature of the Costa del Maresme, another area belonging to the local province.

During these walks, we had two faithful companions, my beautiful golden retrievers, Rumba and Samba. As well as walking with us, they played with Alasdair when we got home – they are both like little girls!

However, this was not our only animal contact on our journey. A visit to the donkey reserve, Rukimon, was also part of the itinerary.

That is the only donkey reserve in Spain and has volunteer programs in case some visitors feel like sponsoring one of their rescued donkeys.

The visit resulted in some amusing anecdotes that left Alasdair (and the donkeys) happy as a clam.

Of course, Spanish lessons made up a large part of our daily itinerary. Although we put into practice what we had learnt in every place we visited, the sessions at home were not lacking.

With Alasdair, we focus on lessons for the DELE B1. In our programmes, we adapt to the needs of each student. We prepare them for official exams or in any Spanish area they wish to improve on.

We also focus on exams such as SIELE, IGCSE, GCSE, and A-Level. Some of these can be taken with us, as Spanish Express is one of the UK’s SIELE accredited centres, and we are part of the David Game group, one of the most prestigious private schools and examination centres in England.

In addition to the lessons, we have an activity booklet with local sites, which is both educational and cultural. Alasdair told me that he learned a lot about the culture of Spain, and he is pleased because his listening comprehension has improved a lot, and he feels more confident when speaking Spanish.

What Alasdair enjoyed most, apart from learning more about the Spanish language, was the comfort of the places where classes took place.

Sometimes indoors accompanied by Rumba and Samba. On other occasions, we opted for the terrace with the company of the mountain breeze and others in some places we visited to be able to answer lesson questions while we were visiting the site.

What a luxury to be able to have Spanish classes in the middle of nature!

Final days of the SHIP

Of course, one day we went to the centre of Barcelona and visited many tourist sites in the capital on the tourist bus, which allowed us to get on and off as many times as we wanted and, of course, to take photos from the top floor of the bus.

The Sagrada Familia and Casa Batllóle stole Alasdair’s heart, as they are unforgettable places that leave a lasting impression on all who visit them.

It was a unique experience for Alasdair to be part of a Spanish family because he had the opportunity to meet my parents and the boys in the football club and other boys on the basketball courts next to my house.

In this way, he could integrate into Spanish culture and savour the typical gastronomy of one of Spain’s best-known regions.

Undoubtedly, Dosrius is the perfect place to enjoy a pleasant conversation in Spanish, taste exquisite typical dishes at home and in the famous Catalan farmhouses, and be surprised by its natural parks, flora, and fauna.

Alasdair is a sweetheart! He has been studying with us for two years. He got an A* at IGCSE, and we are now preparing him for the DELE B1 exam, which we have no doubt he will pass with flying colours after participating in the SHIP.

You can also live this experience with Spanish Express! 🎉

If you enjoyed Alasdair’s adventure, wait until you see all the other destinations we have available in our Spanish Homestay Immersion Programme (SHIP).

In addition to the impressive Barcelona, you can also visit Valencia, Navarra, Mallorca, Malaga, and Madrid. 👀

The most important provinces of Spain are available for you.

While learning Spanish, you’ll see unique places and immerse yourself in the culture. 💃

Make the most of the summer – live and study Spanish at your teacher’s home in Spain with Spanish Express! 🙌

Our SHIP is waiting for you. 🚢