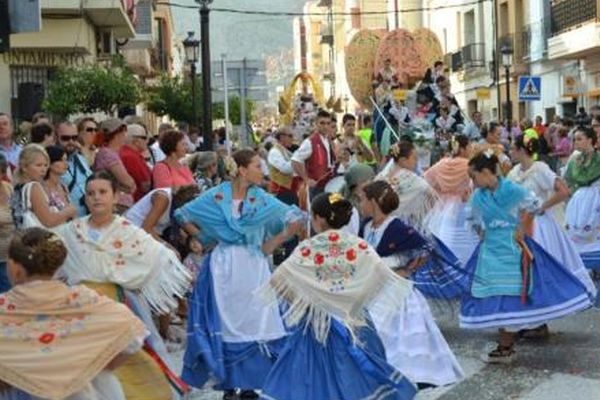 The Day of the Region of Valencia is celebrated on October 9th (Día de la Comunidad Valenciana). On this day, Valencian celebrate the entry of King James I The Conqueror in the Valencia city, who conquered the city of Valencia from Moorish forces in 1238, ending the reign of the Arab King Abdul Djumay.

It is also the Day of Saint Dionysius, a traditional festival for lovers.

If October 9th falls on a Sunday, regional or local authorities may move the public holiday to a different date. The Day of the Valencian Community is not a public holiday in the rest of Spain.

Origin of the festival

The Balearic Islands are close by in the Mediterranean. The Valencia region gained some autonomy in 1977 and full autonomy in 1982.

Events for the region of Valencia Day

The International Festival of Pyrotechnics is held in the city of Valencia on 8th October. The finale of this festival marks the start of the Day of the Valencian Community celebrations, 9th October.

The next day, as every year, the Descent of the Royal Flag (the Bajada de la Real Senyera) from the Municipal Historical Museum will open the festive day.

From this place, a civic procession starts towards the Metropolitan Church Cathedral Basilica of Santa Maria. Then the procession will stop to make a floral offering at the statue of the Rey Jaume I (King James the First) and then it continues towards the Town Hall.

Later, a terrestrial Mascletà will be shot and a Dansà Popular will take place at Plaza de la Virgen at 4 pm Then, the Festival de Balls, Música i Cançons Valencianes will be held and finally, at 5 pm.

The parades feature people dressed in costumes, including medieval costumes. People in some areas hold a communal meal or party after the parade.

The Day of Saint Dionysius (Sant Dionís) is also in October 9th.

The saint is known as “the Areopagite“. This saint is traditionally considered as the patron saint of lovers and there is the custom of giving the gift of a Mocaorà, a silken scarf containing marzipan pastries handcrafted by Valencia’s confectioners.

Valencian men traditionally give their sweethearts gifts of marzipan sweets on this day.

The autonomous community of Valencia’s flag is widely displayed on the Day of the Valencian Community. It is based on the heraldic symbol of the ancient kingdom of Aragon, known as the Senyera.

This flag has been in use since 1159. Valencia’s flag is often displayed with the national flag of Spain and the European flag.

Valencia’s flag consists of nine horizontal stripes. It is usually 1.5 or two times as wide as it is tall. Five of the stripes are gold and four are red. The edge of the flag closest to the flagpole consists of a blue vertical stripe decorated with gold leaves.

There is a red vertical stripe decorated with pearls, emeralds, and rubies next to the blue stripe.

Expect 24°C daytime maximum temperatures in the shade with on average 6 hours of sunshine per day in October. Don’t miss it!

One of the most emblematic festivals in Spain have been cancelled