Home Uncategorized FAQ on the wonderful world of Spanish

FAQ on the wonderful world of Spanish

If you are determined to learn Spanish, you have taken a decision that is not only important, but also very intelligent in the current globalised and interconnected climate of the world. Spanish is the third most spoken language in the world, after English and the Chinese mandarin. Just imagine how many doors will be opened for you when you learn to speak this new language.

A great idea is to start asking questions to yourself about the Spanish language in general. This will help add context to your learning. Below we answer some of the most frequently asked questions.

This is a matter that has generated the analysis and confrontations between many experts. The conclusion on the debate is that both terms are valid. None of the two is incorrect, but the most common way to say it is to speak “Spanish”. To understand a little, we share the concept of the Panhispanic dictionary of doubts, approved by the Association of Academies of the Spanish language that gives us a more precise and fair synthesis on this matter:

Spanish. To designate the common language of Spain and of many nations of America and that also is spoken as own in other parts of the world, the Castilian and Spanish are terms both valid. The polemic on which of these denominations does it turn out to be more appropriate is overcome today. The term Spanish turns out to be more advisable for lacking of ambiguity, since it refers in a univocal way to the language that more than four hundred million persons speak today. Also, it is the denomination that is used internationally (Spanish, espagnol, Spanisch, spagnolo, etc.). Even being also synonymous of Spanish, it turns out to be preferable to reserve the term Castilian to refer to the Romanesque dialect born in the Kingdom of Castile during the Middle Age, or to the dialect of the Spanish which is spoken nowadays in this region. In Spain, the Castilian name is used also when it alludes to the common language of the State regarding to other coofficial languages in its respective autonomous territories, like the Catalan,the Galician or the Basque. 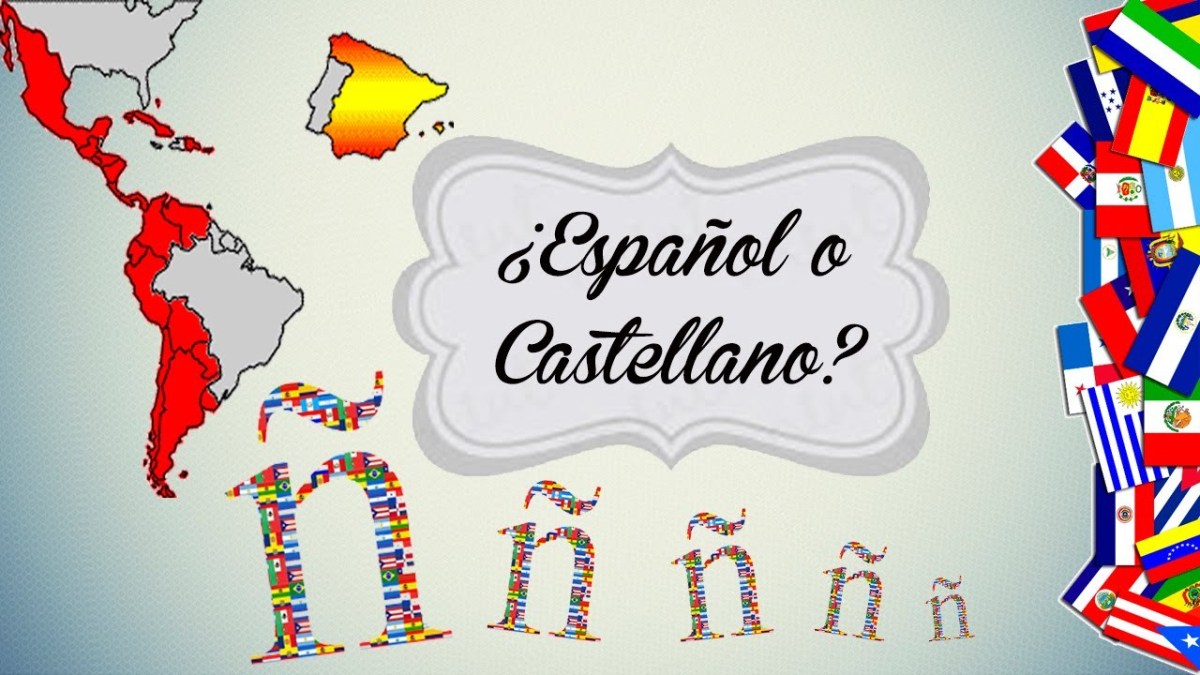 Many variations of the Spanish language exist in accordance with the place in which one speaks, but the fundamental structure is the same. There is none better than the other one. Spanish in Spain isn’t the standard, not because it is the place of origin of the Spanish language, not for being the one used by the majority, not because is the one that fulfils all the “rules”. Our language is wonderful and rich exactly for its diversity. The vocabulary variety is enormous; there are different words in every region and also different meanings for the same word. Try and learn Spanish words from different parts of the world to further your understanding and learning of the language!

In what countries Spanish is spoken?

We already know that it is a question of general knowledge, but what if you change it into a more inspiring one as: What countries will I be able to visit during my holidays to practise my Spanish? Spanish is the official language of Spain in Europe, of Equatorial Guinea in Africa and of 19 countries in the Americas, such as Argentina, Bolivia, Chile, Colombia, Costa Rica, Cuba, Dominican Republic, Ecuador, El Salvador, Guatemala, Honduras, Mexico, Nicaragua, Panama, Paraguay, Peru, Uruguay, Venezuela and Puerto Rico. Spanish is also spoken in a considerable way in other countries, where it is not the official language, such as the United States, Belize, Andorra and Gibraltar.

What do you think? You already have a variety of destinations as an option for your holidays for many years. Isn’t it fantastic?

Why some other languages  are similar to Spanish?

Because Spanish is part of a family of languages called Latin or Romance, to which also belong French, Italian, Portuguese and Romanian. They all have some similar characteristics in grammatical structure and vocabulary.

That’s why you may have heard something familiar in:

A Romanian newspaper in which you identify written words almost equally to Spanish (Ultima Õra/Última hour).

These languages are also known as Romanesque languages and they developed from spoken Latin, from about the VIIth century a.c. in southern and Western Europe.

Now that you already know slightly more about the wonderful world of Spanish, you have more reasons for learning it and for being sure of having taken the best decision. Know all the possibilities that Spanish Express offers you to study Spanish in accordance with your needs and your goals. Write to us to [email protected] for more information.

If you look for a plan that offers you a complete and unforgettable experience to practise your Spanish or Castillian while you travel, write to us to: [email protected] or look for our full immersion programme: Live and study at your teacher’s home in our web: https://www.spanishexpress.co.uk/spain-latin-america/homestay-immersion/.