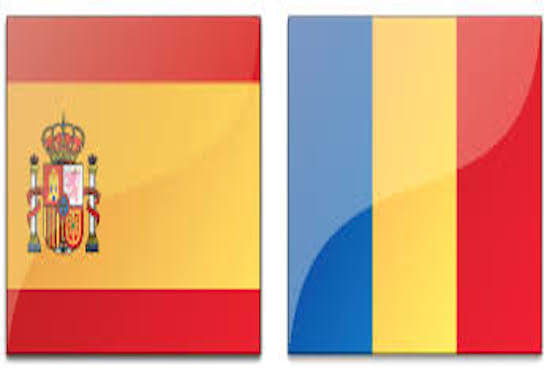 Learning Spanish: How similar are Spanish and Romanian?

My journey in learning Spanish started almost 10 years ago when I started watching telenovelas almost every day before bedtime. It started as a curiosity and it ended up as a passion for learning more and more.

Every time I watched the telenovelas I could not miss the resemblance between my native language, Romanian and Spanish. Some words are so similar in both languages and although they may have a different spelling they have the same meaning.

Spanish and Rumanian are two languages that are not so different from each other; it may be because both are originally Latin languages. It was easy for me to catch up with the language and, in a short period of time, I could understand what they were talking about in the telenovelas without needing to read the subtitles.

Learning Spanish with a school friend

I used to learn Spanish at home with the help of my best friend, who had Spanish students in her class. She was on a language profile and Spanish was one of the languages she had to study in her course.

I use to read all her notes and do all the exercises that she had to do for school, so I could learn as well and develop my knowledge.

For me, learning Spanish was like reading a book, something easy and enjoyable, a hobby, and a way to relax in my free time. I find that for Romanian people in general, learning Spanish is easy because of the similarities between the two languages.

Sometimes, when I hear something in Spanish it is easy to translate because it is familiar to my language and maybe I do not know all the words but I guess them through association to my language.

Having learned Spanish from telenovelas opened many doors for me. I started learning Spanish at high school and now I continue to learn Spanish at university. I absolutely love Spanish, I discovered a new world!

Learning Spanish makes you more employable. Spanish is one of the six official languages of the United Nations, and the third most-used language in the media.

The importance of Spanish as a business language is hard to dispute. Learning Spanish increases your confidence, and can lead to a higher salary.

If you gain your language proficiency by studying abroad, you will also come equipped with loads of soft skills: the people and management skills that employers look for, no matter the country or the industry you are working in.

Spanish: The 10-day beginner challenge for your next holiday