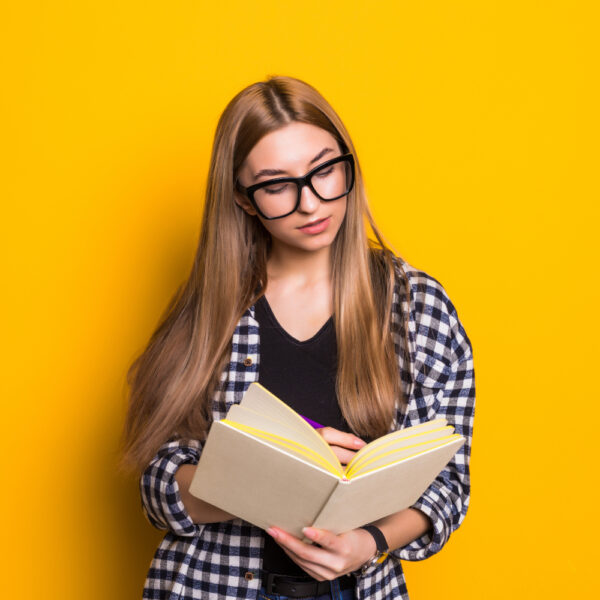 What better way to complement your Spanish studies than with literature and film? 👀

To learn more about the Spanish language, you must immerse yourself in its extensive culture 💃. One of the most effective ways to do this is through all the literary and cinematographic works available 📚🎬.

These art pieces will open a door of knowledge that will give you access to Hispanic history, traditions, cultural and social aspects, and, of course, an extensive vocabulary that will help you improve in the language 🤓.

To give you a hand, at Spanish Express, we have created the Spanish Film & Literature Workshops 🎬📚. In these workshops, you will find the most important works of Hispanic culture carefully chosen by us.

Today we will talk about one of the artworks we have available, Nada, by Carmen Laforet. Join us on this journey and discover the plot behind this novel 📙.

This novel tells the story of Andrea, a young woman who embarks on a journey to Barcelona in search of a better academic preparation at the University of Barcelona.

The young girl planned to live with her aunt, uncle, and grandmother, well-off relatives with a luxurious house in the city centre, or at least that was how Andrea remembered it.

However, when she arrived at the house, she realised that all that remained of her childhood memories were gone. The luxurious house with wealthy relatives had succumbed to the war.

Now his family was in a state of decay. What was once the most beautiful house in Arnau Street was now a forgotten place, dirty and broke, and his family could barely survive, hardly having enough to cover essential needs.

The terrible situation in which Andrea’s relatives found themselves took its toll on everyone’s mental health. This caused the young woman to face unpleasant situations and constant fights during her stay with them.

“I had to smile. In a few days, life seemed different from how I had conceived it until then. Complicated and very simple at the same time. I thought that the most painful and jealously guarded secrets were perhaps the ones everyone around us knows. Stupid tragedies. Useless tears. That’s how life began to appear to me then”. – Nada

All of Andrea’s experiences are the central focus of the novel, as it narrates the young girl’s happenings over a whole year.

Andrea uses her studies as her safe place and manages to create friendships that will help her through the most difficult times. One of these is Ena, who takes on an almost leading role as the novel progresses.

Despite Andrea’s great economic differences from her university friends, this will not prevent their relationship from being strong and from having a great support network in them.

Nada develops in three main parts. The first is Andrea’s arrival, when she goes to her family’s house in Barcelona, recounting in detail her perception of the ruin caused by the war.

In the second part, the plot begins. Here we can see more of the family problems, the friendships forged by Andrea, and the complicated love relationships that will arise.

Finally, the novel culminates with the third part, where we will witness tragic endings to the love relationships formed, among other unexpected outcomes.

Each of these parts shows the parallel life that Andrea leads, which encompasses her family life full of problems, misery, violence, and her university life, where she discovers another side to life.

In addition to the discoveries, Nada touches on a significant theme, which is the social situation in post-war Spain. For this reason, one of the most striking aspects of the artwork is the social inequality among Spaniards after the horrors of the war.

However, it also deals closely with the more banal theme of disillusionment in love, creating a perfect balance within the novel.

Nada is one of the most relevant works in Spain, its plot gives us a glimpse into Spanish society back then, giving us a taste of history and culture. Undoubtedly, a novel not to be missed.

This Spanish writer was born in the city of Barcelona in 1921 and made her name as a novelist thanks to her work Nada, a drama that portrays the state of Spanish society after the war.

Nada surprised all the critics and it was so well received that it won a Nadal Prize in 1944.

Carmen lived the first years of her life in the Canary Islands, but, after her adolescence, she returned to Barcelona and studied philosophy, literature, and law. However, despite her love of literature, she did not finish any of her degrees.

At the age of 21, she moved to Madrid, where she met Manuel Cerezales, a literary critic who would become her husband. Manuel motivated her to continue with her writing, and that is how Nada saw the light of day.

The novel won other awards such as the Fastenrath Prize, awarded by the Royal Spanish Academy in 1948. His next book, La Mujer Nueva (The New Woman), won the Menorca Novel Prize and the National Literature Prize.

“From that time onwards, you will know everything that has a connection with my books, in the little notes I have written at the beginning of the different periods of my work. From these notes and the fragments of my books, you will see that, if my novels are made of my substance and reflect that world which – as I explained before – is me, in none of them, however, have I wanted to portray myself”. – Carmen Laforet

Although Andrea was nominated multiple times for the Prince of Asturias Award for Letters, in the end, she was never awarded it. However, this did not interfere with her success, and the legacy she left with each of her books.

The writer passed away in 2004, but her works continue to represent her talent over the years, with Nada being her most remembered piece and the one that has never gone out of print.

Do you want to discover more works in Spanish?

✨ Join us at our Spanish Film & Literature Workshops! ✨

Take a look at the more than 20 films and books we have available.

We have created a list for you to get to know the most important Hispanic artworks🤗.

Come and discover amazing stories with us while improving your Spanish 🤝.