Home Idioms / Modismos Spanish idioms: what are they, and why use them? 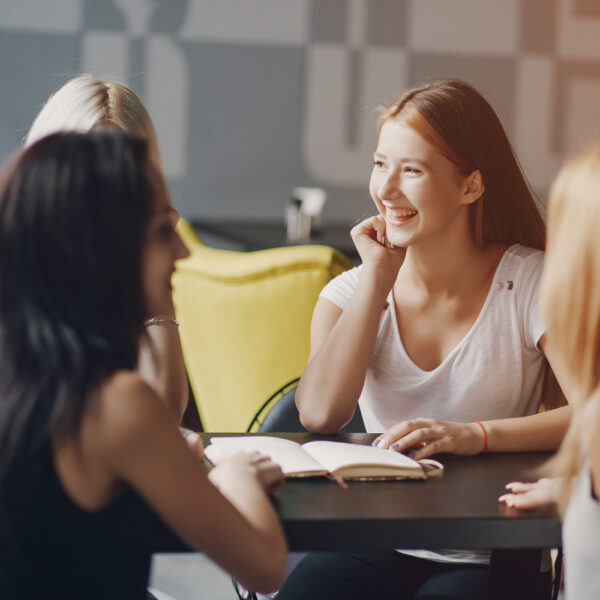 If you want to know a language in-depth, it is necessary to understand the different aspects it is made up of. Grammar and speaking elements are generally the ones we learn first. However, other areas of the language are also important in the learning process, such as its cultural context, which includes one of the most enjoyable elements of the language: idioms.

If you don’t know this aspect of the Spanish language, it’s time to find out what they are and get to know some of the most commonly used in everyday life.

Embark on this adventure with Spanish Express and improve your Spanish with these fun idioms!

Idioms are idiomatic expressions used in informal conversations. The meaning of these idioms is not always so clear when hearing them for the first time. That is because they cannot just be reduced to the words that make them up. The context, and the complete sentence, must also be taken into account.

The origin of idioms does not have a specific date, as these expressions have been passed down from generation to generation over the years. That is why they have a special place in the Spanish language and vary according to each territory. Not all Spanish-speaking countries use the same idioms.

Why is it important to use them?

The main reason to integrate idioms into your learning process is that they are constantly used in informal language. You will be exposed to these expressions in your day-to-day life whilst being in the country and talking to the locals.

Idioms simplify speech in the Spanish language, helping to creatively summarize an idea.

The variety of idioms that exist are endless, you don’t need to learn them all, but you should familiarize yourself with the most used ones.

So let’s not beat around the bush! Here is a list of the 5 chosen by Spanish Express for you

Idioms that should be in your vocabulary

This first idiom we bring to you today is known in English as “better late than never“, so you are probably already familiar with its meaning.

“Más vale tarde que nunca” is used in the Spanish language to express that it is preferable to do something after the planned time, rather than never doing it.

It can be applied to situations in which you arrive late to a meeting with your friends where they are waiting for you, or when finishing a project that took a long time to complete.

This idiom may be one of the most famous in all Spanish-speaking countries. There is even a song dedicated to this well-known phrase!

Perhaps it is the message of hope behind its meaning that makes it so well known. “No hay mal que dure cien años” is referring to the fact that there is no difficult situation from which one cannot get out. There is always a chance for a new beginning after experiencing a bad moment.

Its closest English translation would be “even the longest night comes to an end” and is implemented to encourage people in times of adversity.

I’m sure that reading this phrase has created some confusion, but no worries! Even for Spanish speakers, it is sometimes hard to find the real meaning behind these idioms.

Let’s help you a little with the translation: “a bird in the hand is worth two in the bush“. It’s clearer now, isn’t it?

“Mas vale pájaro en mano que ciento volando” means that it is much better to stick to secure plans rather than choosing those that are uncertain.

It is a great phrase to advise a close friend or family member who comes to you for advice.

Although it is nothing like its translation, “when in Rome, do as the Romans“, the context and meaning are essentially the same.

“Donde fueres, haz lo que vieres” tells us that whatever place, country, or city we are in, we should follow their rules and respect their culture.

If you have moved to a new country, this will be the time to put this idiom into practice. You can also use it to advise your friends.

Respecting the habits, laws, and customs of a new country opens your mind to new experiences and helps you in your adaptation process.

Here we will leave the English equivalent for the end. You can only really enjoy this idiom if you know Spanish very well because its translation makes it lose all its charm.

“Camarón que se duerme, se lo lleva la corriente” refers to the outcomes that laziness can have in our lives. Postponing the things we should do and not doing them at the right time brings consequences to our studies, work, relationships, among other situations.

So always keep in mind that if you snooze, you lose.

Want to learn more about Spanish with Spanish Express?

As mentioned at the beginning, there are an infinite amount of existing idioms. The best way to learn them is to practice the language and, what better option to do so than Spanish Express?

Sign up for the 300+ Spanish Idioms to talk like a native speaker Spanish Express course, now available on Udemy.

There are only 5 days left for you to learn Spanish whilst having fun, so don’t miss this opportunity! You know that camarón que se duerme, se lo lleva la corriente.

With Spanish Express you will have the opportunity to add new vocabulary to your knowledge of the Spanish language, by practicing idioms about parts of the body, the weather, animal, colors, and much more, as this course also includes:

Join before all the places are gone and click here for quick access to registration, mejor tarde que nunca!

Don’t forget that you can also take a look at the Spanish courses available at Spanish Express.

Do you want to take online Spanish classes or experience an unforgettable summer vacation whilst you learn? Here you will have access to these and many more courses and programs to learn and practice your Spanish.

Don’t miss your chance to learn a new language or improve your level. With Spanish Express, your learning is guaranteed, and remember that más vale pájaro en mano que ciento volando.

Remote SIELE: how to take the exam from home or your office?