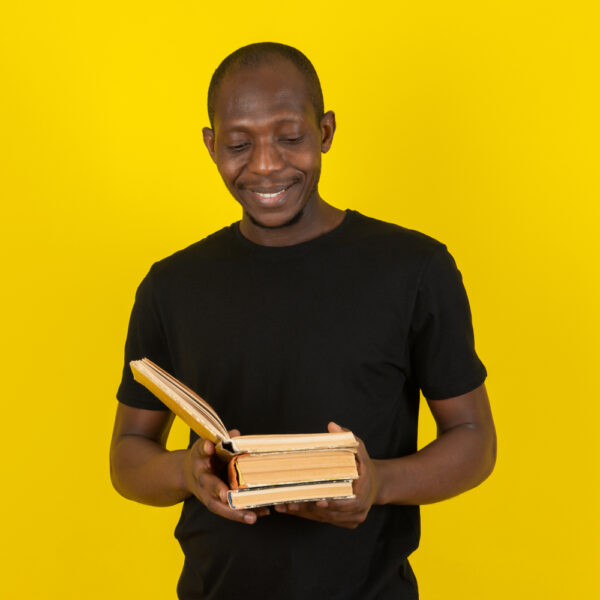 Movies, series and books are important when studying Spanish. These resources allow you to nourish your vocabulary and can even improve your speech.

At Spanish Express, we deeply understand the importance of these tools, and that is why we present you with the Spanish Film & Literature Workshops.

This learning space is dedicated to the most relevant Hispanic literary and cinematographic works within the culture. Throughout the sessions in this course, we discuss aspects of history, literary resources, grammatical elements, among others.

We have more than 20 artworks available, and today we will take you on a tour through just one of the literary options you have at your disposal.

This time we are talking about La casa de Bernarda Alba (The House of Bernarda Alba) by Federico García Lorca. Discover the whole story behind this work and join us on the course.

Immerse yourself in this new experience of learning Spanish with this legendary artwork. Let’s get started!

Spanish theatre has a large repertoire of famous plays, but none define tragedy as well as La casa de Bernarda Alba (The House of Bernarda Alba), one of García Lorca’s final works.

This literary piece takes the spectator through a world of submissive women full of resentment who are overwhelmed by the social norms of the time and look desperately for any opportunity to escape their unbearable repression.

The play is presented with an atmosphere of anguish, hopelessness, rebellion, rage and resignation, which seeks to discover the spectator’s most sensitive side and impact with the strong literary images it has.

Bernarda Alba is a widowed woman who shares her home with her five daughters, named Amelia, Angustias, Adela, Magdalena and Martirio. The rigorous rules that Bernarda enforces on her daughters highlight the secondary and repressive role placed on women in early twentieth-century Spanish society.

“In this house, you’ll do what I order. You can’t run with the story to your father anymore. Needle and thread for women. Whiplash and mules for men. That’s the way it has to be for people who have certain obligations“. – The House of Bernarda Alba

However, machismo (sexism) and repression are not the only traits present in the play. Other issues of the time such as religious fanaticism and the taboo to know intimacy are also strongly present.

This play served García Lorca as a channel to metaphorically describe life in Spain in the historical period it was written, 1936, which was only made public later in 1945.

The exceptional work of the writer left a piece of art that to this day continues to be studied and enjoyed by writers, historians and students.

The Spanish poet, playwright and prose writer was born in Fuente Vaqueros, Granada, on June 5, 1898. His work led him to become a major influence in 20th-century Spanish literature.

The popularity he gained also extended to his role as a playwright, thus being renowned as a great figure within the Spanish theatre. Thanks to his unique ability to create impressive stories, Federico Gracia Lorca ended up being part of the Generation of ’27.

This group of poets was formed by the best Spanish writers of the 20th century. Some of the most outstanding names, besides García Lorca, were Dámaso Alonso, Luis Cernuda, Rafael Alberti and Pedro Salinas.

“Books! Books! Here is a magic word that is equivalent to saying ‘love, love’, and what people should ask for like they ask for bread or yearn for rain for their crops.”. – García Lorca, Inaugural speech of the library of Fuente Vaqueros

Federico García Lorca began his path in writing after enrolling at the University of Granada in 1914. His goals were always very clear to him, so from the beginning, he studied degrees in Philosophy and Letters, and Law.

During this formative period, Lorca used to frequent the Alameda café, a place now recognized for having hosted the meetings of the most important young intellectuals in Spain.

One of Federico García Lorca’s most influential teachers was Martin Domínguez Berrueta, who not only taught in the classroom but also took Lorca and his classmates on trips throughout Spain.

It was these trips that helped Lorca to strengthen his love for writing, resulting in his first book of prose, which he called Impresiones y paisajes (Impressions and Landscapes).

Later, Lorca’s frontiers expanded, and he reached places like New York and Latin America. These spots surprised the poet with new realities that helped him better understand the world and his own country.

Despite these travels, Spain’s political and social circumstances maintained their position as the main protagonist of his artistic inspirations.

This remained so until the last days of his life when on August 18, 1836, he was assassinated in Granada by the rebel side shortly after the coup d’état that would lead to the Spanish Civil War.

Now, let’s test your knowledge about The House of Bernarda Alba and García Lorca!

If you want to learn more about Federico García Lorca and his play, La Casa de Bernarda Alba (The House of Bernarda Alba), join our Spanish Film & Literature Workshops now!

We will study this play in depth so that you can reinforce your mastery of the Spanish language with the appropriate grammar and vocabulary.

With each lesson, you are guaranteed to increase your confidence in your knowledge of literary or cinematic works, which in turn will give you better tools for essay writing.

In addition, you will establish a much more solid comprehension of the different characteristics of the texts.

Not only will you be learning Spanish, but you will also learn a lot about the culture behind the language!

If learning about Spanish literature is not for you, Spanish Express also offers many other Spanish courses that may interest you more.

What are you waiting for to sign up? We are excited to start reading this incredible literary work with you, so don’t forget your glasses!

SOS… I need a Spanish keyboard! How to change your keyboard language in one minute