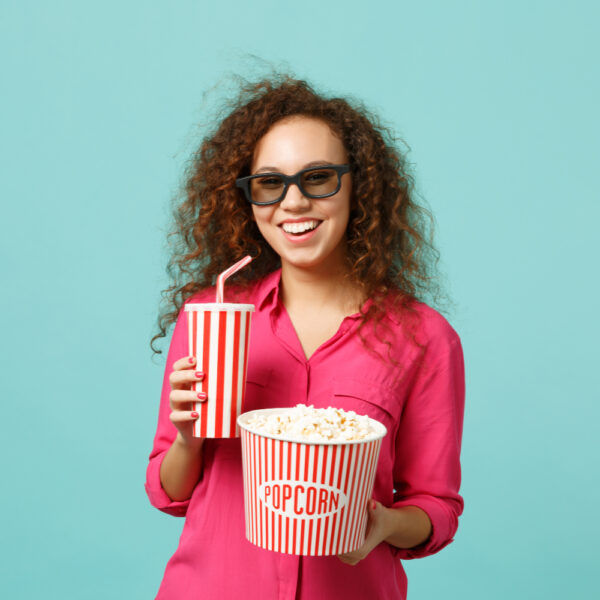 Would you like to learn Spanish? Do you like literature or do you prefer a good film at the weekend?

No matter what your choice, if you want to study or improve your Spanish, and you enjoy Spanish literature or cinema, then our Spanish Film & Literature Workshops is your best choice.

In these online workshops, Spanish Express brings you a unique combination of learning Spanish through famous artworks of Hispanic literature and film.

Today we will be discussing El Laberinto del Fauno (Pan’s Labyrinth), one of the films we have available in the workshop.

Get to know this classic by joining us to discuss it in Spanish!

This artwork is an original story by Guillermo del Toro, who in addition to writing it, also made it a movie in 2006.

El Laberinto del Fauno (Pan’s Labyrinth) brings to the viewers a fairy tale world mixed with the dark reality that war can bring. This film seeks to present the situation in Spain after the Civil War in a fanciful way, using magical worlds and allegories to the barbarities of war.

The plot is set in 1994 and takes us through the moving and interesting journey of Ofelia, the protagonist of the story. This girl, only 13 years old, sets out on a long journey with her mother, Carmen, to a small and unknown town.

Carmen makes this journey in a delicate state of health, as she is in the last months of her pregnancy. Despite this, both arrive in the town to meet Carmen’s new husband, Captain Vidal, a cruel commander of Franco’s army.

In this new setting, Vidal has a whole team under his command. The captain has an operation centre where he carries out plans that seek to put an end to the Republican resistance. Vidal is supported by Mercedes, a young woman who helps him manage the other service members, and Dr Ferreiro, who has the important task of helping Carmen with her medical health.

Meanwhile, Ofelia, in an attempt to find an escape from reality, discovers some ruins of which were once a labyrinth. Here she finds a faun, a creature that, thanks to the revelation he makes to her, will lead Ofelia through a whole magical adventure.

“You’re getting older, and you’ll see that life isn’t like your fairy tales. The world is a cruel place. And you’ll learn that, even if it hurts. Ofelia! Magic does not exist. Not for you, me or anyone else.”. – Carmen, El Laberinto del Fauno (Pan’s Labyrinth)

From this moment on, fantastic universes, strong emotions and a great learning process will surround the story of Ofelia, and watchers will become immersed with the allegories, symbolism and metaphors found within.

Thanks to the incredible success of the film, 13 years later in 2019, Guillermo del Toro and Cornelia Funke teamed up to create a book based on the film. The book was well-received by all fans of the story and reported great sales during its release.

He has won plenty of recurrent awards for his incredible original stories throughout his professional life. Pan’s Labyrinth alone was awarded more than 30 times. Among them was the BAFTA award for Best Foreign Language Film and the Oscar for Best Makeup and Best Cinematography.

However, other films such as The Shape of Water, Crimson Peak and The Hobbit: The Desolation of Smaug are also among his long list of successes.

“The filmmaker tries to use all the narrative tools to create an emotion. Beauty and the terrible exist in almost equal parts, and a filmmaker looks for everything possible to reflect that.” – Guillermo del Toro

Fantasy and dark themes often take centre stage in the director’s works. Guillermo del Toro seeks to blend gloomy images with a fairy world, achieving an exceptional result that takes viewers on an emotional journey of no return.

Did you pay attention? Then you will surely be able to solve this activity without any problem:

Want to learn more about El Laberinto del Fauno (Pan’s Labyrinth)? Join us in our workshop!

Spanish Express brings you the best opportunity to learn Spanish while you get to know exceptional works such as El Laberinto del Fauno (Pan’s Labyrinth).

To become part of our online workshops, you just have to sign up for one of the available options. We have more than 20 literary and cinematographic works for you!

Visit the Spanish Film & Literature Workshops section on our website, and choose your favourite artwork so you can join us in studying it in depth whilst learning Spanish.

With this workshop, you are going to be able to enjoy these benefits:

🙋 Strengthen your linguistic competence with relevant grammar and vocabulary.

📚 Increase confidence in your knowledge of film and literature, and essay writing.

📃 Establish a stronger understanding of different text features, which exam questions are often based on.

💻 Densely informative sessions that are kept lively with tailored activities throughout the course.

📑 2 essays corrected and graded by our qualified examiners.

Ready to discuss Hispanic films, literature and plays like a native speaker? Then sign up for one of our sessions now!

The movie is almost starting, don’t forget your sweets – we’re waiting for you!