Home Spanish / Español Which writers you must know if you fall in love with the Spanish language? 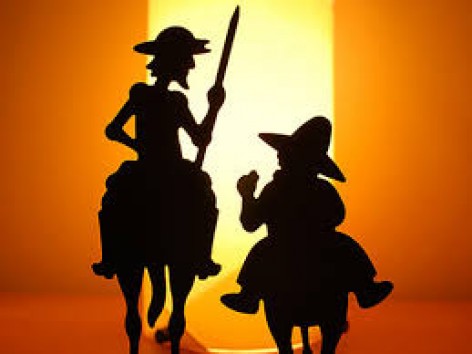 Which writers you must know if you fall in love with the Spanish language?

The list of writers can be endless, but we want to give you a quick summary so that you have an initial and general idea of the wonderful world of the literature in Spanish to which you can approach when you are ready.

When you pass by a bookstore or go to a library, you will feel more familiar with some names. Also, you will be able to impress your teachers, classmates, and friends after mentioning some of the most important exponents of this art.

The most important outstanding figures

The most common reference of the literature in Spanish that we have is Don Quijote de La Mancha (Don Quixote of La Mancha), the most famous literary work of Hispanic writers and one of the most important on a global scale.

Also, it is one of the most translated books on the planet. It was written by Miguel de Cervantes and published in 1605. It is a classic that lovers of Hispanic literature should read. That’s why it is the first one that we present to you in this list of the memorable ones.

Although you may think there is no need to go up to so remote times, in this trip around literature in Spanish language, it is worth it for you to know also that the most excellent playwright of the Spanish language was Félix Lope of Vega, who lived in the epoch that was named the Spanish Golden Age, a historical period between 1492 and 1659, in which bloomed the art and culture of Spanish.

Not in vain the most famous qualifications of Lope de Vega keep on being a reference in most curriculums of the Spanish language and indispensable in the study of the history of the Hispanic theater: Fuenteovejuna, todas a una (Fuenteovejuna, all to one) and El perro del hortelano (The dog of the gardener).

In a later period, there lived Leandro Fernández Moratín, the maximum exponent in Spain of the neoclassic theatre. Its most well-known title was El sí de las niñas (Yes of the girls), a neoclassic comedy of satirical cut. As a poet, he was not known for the heroic romance in hendecasyllable La toma de Granada (The capture of Granada), award-winner by the Spanish Royal Academy in 1779.

A jump to 20th century

If about poetry we want to speak, it is necessary to remember writers like Federico García Lorca. He is considered to be the most important Spanish poet of the 20th century. It was part of a literary movement integrated by several poets that were called a Generation of 27.

One of its most outstanding works is El romancero gitano (Gypsy ballads) a compilation of poems that dignify his homeland Andalusia. The title considered by many, as his most excellent work, is La casa de Bernarda Alba (The House of Bernarda Alba), written for theater and that reports the situation of the oppressed women of the epoch.

One of the most notable writers of the contemporary literature of the XXth century was Jorge Luis Borges. Not only in its native country Argentina but on a global scale. He worked in various literary genres as the essay, the story and the poetry.

His political ideas were very polemic, and his subject matters had a touch of existentialism, almost philosophical. Between his main works, they are El Aleph (The Aleph), El idioma de los Argentinos (The language of the Argentinians), and El fervor de Buenos Aires (The Fervour of Buenos Aires).

Another of the essential writers is Pablo Neruda, a Chilean poet considered to be one of the best poets of the XXth century. His first name was Ricardo Eliécer Neftalí Reyes Basoalto, but he adopted the pseudonym Pablo Neruda to sign all his writings.

Among more than thirty works that he published in his life, which more stand out is Veinte poemas de amor y una canción desesperada (Twenty poems of love and a desperate song). A collection of poetry that sings to love and heartbreak.

Julio Cortázar´s turn in this list of memorable writers. He is one of the most important Latin-American writers of all time. Blooded Argentinian, although he was born really in Brussels during a diplomatic mission of his father in this country.

Very small he returned to Argentina where he grew up and lived up to be an adult and moving to Paris. He cultivated in a variety of genres, emphasizing the short stories, the novel, and the poetry.

His novel Rayuela (Hopscotch) impressed the cultural panorama of his time and left a transcendental mark inside the contemporary narrative.

One of the writers who enjoyed big prestige and was rewarded several times so much in his country Mexico as well as abroad was Juan Rulfo.

His literary production was focused on history and he took part in a literary movement known as magic realism, in which happens a mixture between reality and fantasy. His most important work in this genre was Pedro Páramo. Rulfo also was a movies scriptwriter.

Definitely, we cannot forget to include the Colombian Gabriel García Márquez, one of the most important novelists of Spanish of the second half of the XXth century.

Like other writers like Rulfo, it belonged to the movement of magic realism. Gabo, since he was called, received the Nobel Prize of Literature in 1982. Between its most outstanding works, we remember Cien años de Soledad (A hundred years of solitude) and El amor en Los Tiempos del cólera (The love in the times of cholera).

When you are ready, discover more by yourself!

And as for them, we might mention many other writers of Spanish-American literature. We might remain endless hours detailing the life of each one and discovering their relevancy in the frame of the epoch in which they lived, their creativity in the use of the Spanish language, and the power of their words expressed in their masterpieces.

So we just leave you this starter so that you can look by yourself a little more on the life of these and other writers who have dignified our language and you cheer up into the adventure of a good reading once you are ready!

In Spanish Express you will always find a guide and advice if you decide to impose on yourself the challenge of being able to read some of these big of the literature. Write to us at information@spanishexpress.co.uk and let us help you.

Look for our full immersion programme: Live and study at your teacher’s home.

All Saints’ Day and The Day of the Dead: how is it celebrated in Spanish-speaking countries?