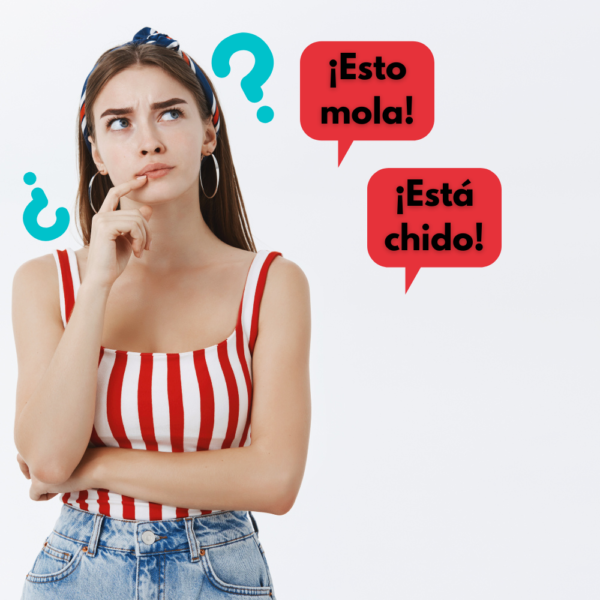 You have probably heard different people speak Spanish and noticed various differences in their speech. Whether it is the accent or changes in the words, these variations usually occur depending on the geographic location or the person’s native country.

Latin American countries are among the regions that have vast dialectal variations in Spanish. But, despite the variations that may exist among the countries of that region, it shares one of the strongest differences with the Spanish of Spain.

While dialectal variations do not impede effective communication, notable differences which appear can cause many students to wonder about the differences between Spanish in Spain and Spanish in Latin America.

For this reason, at Spanish Express, we will give you a hand in resolving this doubt. Below we present you with all the information you need to better understand the differences and advise you on which Spanish to choose.

Learn more about the extensive variations of the Spanish language and immerse yourself in the fun adventure of learning them!

How do they differ?

To better understand the differences between Spanish in Spain and Spanish in Latin America, it is important to consider the following points:

Although the grammatical differences become more extensive, the ustedes and the voseo are the main ones to take into account:

When speaking to another person in Spanish, it is key to keep in mind the differences between the informal tú and the formal usted.

In Spain, the plural vosotros is used for informal use and ustedes for formal use. On the other hand, in Latin America the tú is used in all the region and, unlike Spain, only ustedes is used, not vosotros.

In these variations of Spanish, vos is used as a second-person singular pronoun, thus replacing tú.

The voseo originated in Spain but fell into disuse over time. However, this formality remained in some Latin American countries. It is currently used in casual conversations within Argentina, as well as to a lesser extent in Bolivia, Paraguay, Chile, Uruguay, and Venezuela.

Pronunciation is perhaps the aspect where clear differences are most noticeable. In Latin America, both the Z and the C are generally pronounced like an S. Yet, in Spain, the Z has a much more marked pronunciation, similar to the English TH.

People belonging to the Caribbean and some southern areas of Spain take the liberty of eliminating the letter R and replacing it with an L. This is very common in countries such as Puerto Rico and the Dominican Republic.

Also, in several regions of Argentina and Uruguay, the LL varies its common pronunciation from Y to a combination of the SH sound.

As mentioned above, variations within Spanish do not prevent people from understanding each other. However, the differences between Spanish in Spain and Spanish in Latin American vocabulary are quite different depending on the country.

For example, if you want to express that you like something, you would say it in the following way according to the below countries:

Which Spanish should I study?

Many students often ask this question, and their doubt further rises when they know the differences between Spanish in Spain and Spanish in Latin America. But, the answer will depend on the needs of the student.

As far as higher studies are concerned, universities are usually specific with language requirements. However, many facilities tend to be indifferent to which Spanish the student speaks. You should check the academy’s requirements regarding Spanish.

If your learning is more focused on a personal goal, you can choose the one that most appeals to you and begin your journey in acquiring this beautiful Romantic language.

Remember, all and any the knowledge you acquire will help your professional life, so do not limit yourself to any Spanish dialect when learning. Start educating yourself with the one that is easiest for you and to which you have the most access.

Choose your favorite Spanish and learn with Spanish Express!

Have you already made your decision on which Spanish to learn? Then it’s time to choose some of the courses that Spanish Express has available!

It doesn’t matter if you want to take a Spanish course from Spain or a Latin American Spanish course. Spanish Express has teachers ranging from Spain, Argentina, Colombia, and more, who can all help you reach an optimal level of Spanish with the best preparation.

Take advantage of this opportunity and sign up for online Spanish classes at Spanish Express! You can count on professional teachers who will help you improve your fluency and knowledge of the language.

In addition, this summer you can learn Spanish at your teacher’s home! Take a walk on the beaches of Mallorca or enjoy an ice cream in cosmopolitan Barcelona while learning Spanish with the Spanish homestay immersion program.

Communicate with the world, expand your opportunities and improve both your student and professional profile with the courses that Spanish Express can offer you.

Royal Spanish Academy: what is it, and why is it important?