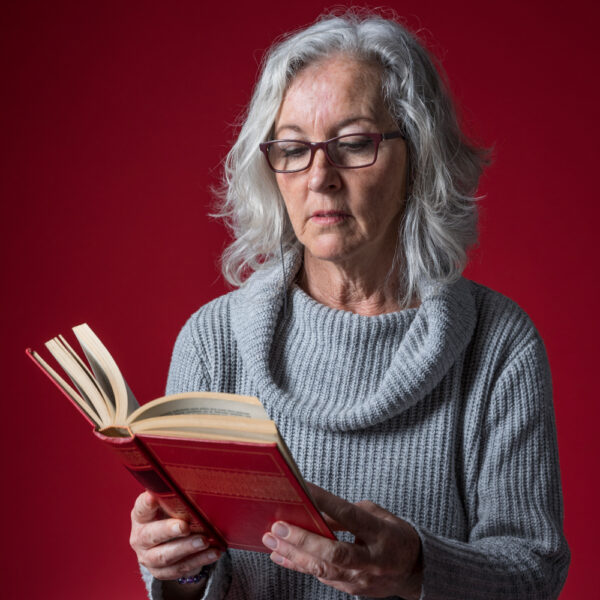 Hispanic literature has countless works that you should know about and will help you improve your Spanish language performance.

For this reason, we at Spanish Express have done our research to bring you must-have titles to choose from.

Do you want to learn more about them? Then you should take a look at our Spanish Film & Literature Workshops.

In these workshops, you will find not only a wide selection of Hispanic literature but also cinematographic works that will complement your study of Spanish and the culture behind the language.

Today we present one of the available books, El coronel no tiene quien le escriba (No One Writes to the Colonel).

This extraordinary piece comes to us from the hands of Gabriel García Márquez, a writer who won a Nobel Prize for Literature.

Ready to read this classic? Immerse yourself in Marquez’s magical realism with this presentation!

This magnificent short novel tells the story of a colonel and his precarious economic situation in seven chapters.

The events, narrated in third person, take us into the situation of need in which the colonel and his wife find themselves. The condition worsened after the death of their son, who was murdered.

The colonel has only two hopes of improving his quality of life. One of these is his pension for having served his country under the command of Aureliano Buendía (an unforgettable character from One Hundred Years of Solitude). A letter that he waits day after day without receiving any answer as to when he will have access to this pension.

The other is a cockerel, which he plans to take to the fights in the hope that the poor animal will be titled the winner, earning his owner, the colonel, a profit.

“It’s never too late for anything.” – El coronel no tiene quien le escriba (No One Writes to the Colonel).

El coronel no tiene quien le escriba (No One Writes to the Colonel) touches on nostalgia for what was and is no more. The story takes place in a world where the principles and values the colonel knew are no longer worth anything, and now ambition and hunger for political power reign in society.

Our protagonist is plunged into a deep sense of unease, waiting for a letter that never seems to arrive and the sadness of losing his son.

El coronel no tiene quien le escriba (No One Writes to the Colonel) has very typical García Márquez traits. The descriptions, the combination of the real with the fantastic, and the poetic touch fill this work with every letter written.

The presence of a noble and identifiable protagonist also leaves Márquez’s mark and leaves us with a sense of reflection on our integrity as people.

Despite being short, this novel will live on in your memory and give you a new perspective on life’s different aspects.

You can’t stop reading it!

The writer, a winner of the 1982 Nobel Prize for Literature, was born in Aracataca, Colombia, in 1927.

His approach to writing began with his first job as a journalist, eventually becoming the writer of magnificent stories that captivated readers around the world.

Gabo, or Gabito, as his closest friends called him, made readers fall in love with relational stories, full of magical realism and teachings that, from nostalgia, gave you a life lesson.

“I don’t wish success on anyone. Unfortunately, it happens to you like the mountaineers, who kill themselves to reach the summit, and when they get there, what do they do? Descend, or try to descend discreetly, with as much dignity as possible.” – Gabriel García Márquez

Another virtue that stood out in García Márquez’s writing was his commitment to recounting the harsh situations that Colombia and Latin America were experiencing. All of this he exposed with myths and fantastic narratives that left outstanding works.

His ability to expose such unjust realities without losing the magic of magical realism that he imbued his works with made him a unique writer of his kind.

One Hundred Years of Solitude was the most important work of his career. This book brought the magical realism movement to Latin America. However, its profound impact was not only limited to America. It is a book known and studied worldwide.

The Real Academia Española (Royal Spanish Academy) and the Asociación de Academias de la Lengua Española (Association of Spanish Language Academies) published a commemorative edition of this title, thus placing it as an unmissable classic of literature thanks to its influence on literary culture.

However, this was not the only famous title, of course,  El coronel no tiene quien le escriba (No One Writes to the Colonel) joins his long list of successes with Relato de un náufrago (The Story of a Shipwrecked Sailor), Doce cuentos peregrinos (Twelve Pilgrim Tales) and El amor en los tiempos del cólera (Love in the Time of Cholera).

Gabriel García Márquez died of lymphatic cancer on 17 April 2014, far from home in Mexico City. His state of health was unknown to the public for many years, and it was only until his death that his illness became known.

His legacy, however, continues to keep him alive in every book he left behind and in every story that made him the most influential writer in history.

Get to know this and many more writers with Spanish Express!

If you liked this story, then you should check out all the other titles we have available!

Our Spanish Film & Literature Workshops feature more than 20 Hispanic books and films specially chosen by us.

All these works delve into Hispanic culture and will help you improve your Spanish, and expand your vocabulary further.

Join us, revisit these cinematographic and literary works, and improve your Spanish with Spanish Express.

What are you waiting for to join our next session? Don’t forget your glasses. We’ll be waiting for you.