Home Education / Educación Why is “El Gordo”, the annual Spanish Christmas lottery, called the ‘Fat One’ in Spain? 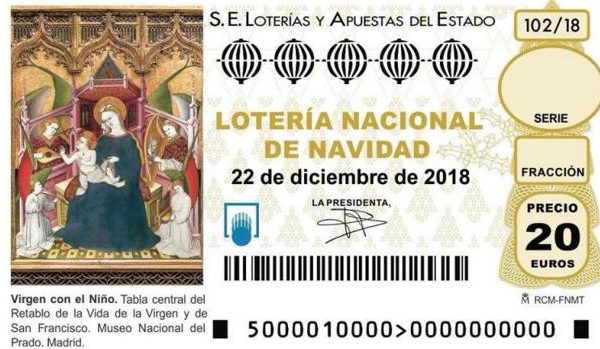 Why is “El Gordo”, the annual Spanish Christmas lottery, called the ‘Fat One’ in Spain?

As a misconception in many non-Spanish speaking countries people often assume that the term El Gordo is specific for the Christmas Lottery. Some even think that El Gordo is in fact the name of the lottery. However, the real meaning of El Gordo is simply “the first prize” (literally “the fat one” or more accurately “the big one”). Other lotteries have their Gordo as well.

The annual Spanish Christmas lottery is called Lotería de Navidad and you can win up to 4,000,000€.

If you are wondering which is the first longest continuously running lottery in the world, keep on reading.  The oldest lottery still active today is the Dutch National Lottery, which has been going strong since the first draw back in 1726 in The Hague.

What is the lottery’s history?

The Spanish Christmas lottery first took place in Cádiz in 1811 and has not missed a year since, continuing through Spain’s civil war between 1936 and 1939.

In 1938, there were actually two Christmas lotteries in Spain, one held in Burgos by General Franco’s Nationalist regime, and the other in Republican-ruled Barcelona.

When is the Spanish Christmas lottery drawn?

Since December 18, 1811, the day long Christmas Lottery drawings are held according to exactly the same procedure each year. In the past it took place in the Salón de sorteos de Loterías y Apuestas del Estado (Lottery National Hall) of Madrid, while in 2010 and 2011 it was celebrated in the Palacio Municipal de Congresos de Madrid, and since 2012 in Teatro Real in Madrid.

Los niños de San Ildefonso (Pupils of the San Ildefonso School) draw the numbers and corresponding prizes, delivering the results in song to the public. The state-run Televisión Española and Radio Nacional de España, and other media outlets, broadcast the entire draw, which currently takes place on December 22 each year.

How does it work?

To buy a whole ticket, and thus have a chance of winning, costs 200€, hence many people’s preference for a 20€ décimo, or tenth of a ticket. This sharing out of a whole ticket, often amongst family members, work colleagues or friends, makes the Christmas lottery a highly social event.

This sharing aspect is the secret of the high degree of participation; no one wants to be the only member of a group that did not get a winning ticket. Did you buy yours?