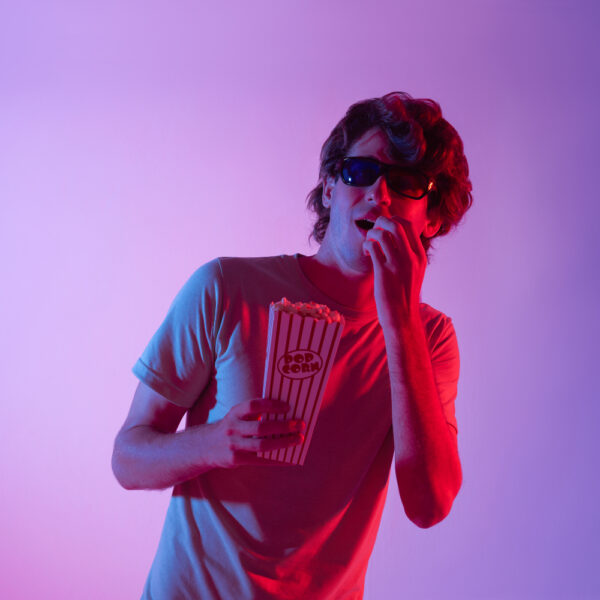 Do you want to know about Hispanic literature and cinema? 👀

If you are on your way to learning Spanish, getting to know the literary and cinematographic works from different Hispanic countries will help you a lot in this process. 📙

These artworks will allow you to discover cultural and linguistic aspects in-depth, increasing your language knowledge. 🙌

If you’re unsure which film or book to start with, Spanish Express can help you with our Spanish Film & Literature Workshops. 📚🎬 🤓

In these workshops, we will introduce you to the most important artworks of Hispanic culture. Each choice will allow you to expand your vocabulary and learn about Hispanic history and culture. 🎬📚

To give you a taste of these works, we present La historia oficial (The Official Story), an Argentinean film you won’t want to miss.

Dive into this story with us and be a part of these workshops. 💃

This film was directed by Luis Puenzo and is based on the last moments of the Argentinean military dictatorship between 1976 and 1983.

Puenzo depicts Argentina in ruins after losing the Maldives War, which led to social collapse and an unprecedented crisis.

During the film, Luis Puenzo takes the viewers through the harsh situations that Argentines experienced during the oppressive regime. He also deals closely with the rights violations, disappearances, and fear that reigned in the country at the time.

The main character in La historia oficial (The Official Story) is Alicia, a teacher at a men’s school where she taught Argentine history classes. Her husband, Roberto, who holds a senior position at the school, lives with her.

The plot begins to unfold as the two decide to adopt a baby girl. This little girl was a newborn when she joined the family. But, as the years go by, Alicia begins to suspect something was wrong with the adoption process.

These doubts spurred Alicia to search for answers, and the deeper she went into her search, the more convinced she became that her daughter could be one of the children who disappeared at the hands of the oppressive Argentine regime.

Her husband’s refusal to give her an answer about the child’s origin and her pursuit of the truth will lead Alicia on a journey of no return in which she risks losing everything she has built up to now.

“No people can survive without memory, and history is the memory of the people” – La historia oficial (The Official Story).

The search for the truth turns Alicia into a different person. Not only does her way of seeing things change, but also the way she teaches her history classes. Her discoveries lead her to a deeper understanding of the horrors untold in history books.

Alicia went from reading the historical facts to living them firsthand, thanks to the family drama she began to experience.

Despite being a history teacher, Alicia was unaware of many of the acts committed by the regime. For this reason, her encounters with the truth had a great impact on her.

Ana was one of the most influential characters in her investigations. This political exile confessed to Alicia about the torture, human rights violations, and another mistreatment the so-called “disappeared” suffered.

All that, compounded by the stories of babies taken from their families, made her more certain that her daughter belonged to that atrocious side of history.

Alicia continued her journey, learning untold facts until the emergence of a person confirmed all her fears.

La historia oficial (The Official Story) is a film that is both honest and equally heartbreaking and sheds light on this dark chapter of Argentina’s history.

This film highlights the importance of being aware of our past and remembering what happened to avoid repeating mistakes in the future. It also touches on the vital influence of the history of those who had no say in the writing of the books.

A history lesson not to be missed.

This Latin American director and screenwriter was born in Argentina, Buenos Aires, in 1946.

Thanks to the moving story of La historia oficial (The Official Story), he won his first Oscar for Best Foreign Language Film, his first feature film.

The success of the film opened the doors for him to work on even bigger projects. He directed La peste, a film based on the book by Albert Camus, and Gringo viejo, another adaptation of a novel by Carlos Fuentes.

However, the film was not Luis Puenzo’s only achievement; his love for the arts led him to found the Academy of Cinematographic Arts and Sciences of Argentina.

In addition, he had an essential influence on laws advocating for the financial support of cinema in the country.

Lately, Puenzo stepped away from film directing but continues being an influential artist on the national stage, and until 2022, he was president of the National Institute of Cinema and Audiovisual Arts.

Want to know what other artworks we have available? 👀

Visit our Spanish Film & Literature Workshops section and discover them all.

We have created a list of more than 20 books and films that will help you improve your Spanish. 📚🎬

Titles such as El laberinto del Fauno and Bodas de Sangre are available, classics of Hispanic culture specially chosen for you.

What are you waiting for? Find your favourite and join us for the next session. 🤓

We look forward to sharing our rich culture and the talent of our writers and filmmakers.

Spanish food: where do the most famous Hispanic dishes come from?

Diaries from Barcelona, Spain: a journey of sport, culture, and nature by Alasdair