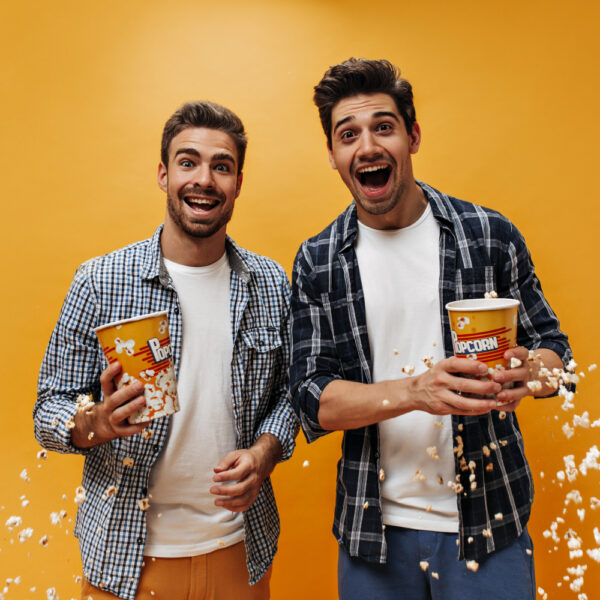 The magic of literature and cinema not only transports us to fantastic worlds, but it also takes us through the lives of characters that give us morals and teachings.

However, the learning that we can acquire from each work goes far beyond, this is because both books 📖 and movies 🎬 expose us to an extensive language that can be very useful if you are studying a language.

So, if you find yourself learning Spanish, the best way to improve will be to integrate these practices into your study routine.

And to give you a hand, Spanish Express brings you the Spanish Film & Literature Workshops. This collection of films and literary titles will serve as a guide to help you delve into Hispanic culture and, of course, improve your Spanish.

Join us today in this review of La lengua de las mariposas (Butterfly), one of the films you’ll have available in the workshop.

The central plot of the story is based on the first one, combining small details of the other two stories, which end up coming together thanks to the protagonist of the film, Moncho.

This character is presented as a boy who lives his day to day life in Galicia, in the year 1936. The plot focuses on the abrupt changes he experienced in his childhood as a result of the conflicts of the Spanish Civil War.

At the beginning of the story, we can see the main character showing fear of going to school, like almost every child. Moncho strongly believed that teachers mistreat their students until he finally decided to go, and found to his surprise that his fears were in vain.

Don Gregorio, his teacher, changes his perception, as his teaching method captures Moncho’s attention, creating an instant connection between the two.

“In books we can shelter our dreams so that they don’t die of cold.”- Butterfly

Moncho is soon inspired by his educator. The boy expands his vocabulary and explores more imaginative areas of knowledge with each class. One of the highlights of Don Gregorio’s classes comes when he talks about freedom, making clear his republican position.

This political position will mark the end of the friendship between Moncho and Don Gregorio. This happens with the arrival of the fascists who, after winning the war, establish their ideology by persecuting the republican sympathizers.

Moncho’s father is also wanted for his political position, which leads him to make decisions to protect his family, giving way to a series of events that will put his principles and the safety of his loved ones in the balance.

La lengua de las mariposas (Butterfly) was directed by José Luis Cuerda and released in 1999. The director managed to present the plot with the exact political tone that the original stories have, but without overwhelming the viewers.

He provided them with a narrative led by the special relationship between Moncho and Don Gregorio.

From a formative approach, José Luis Cuerda tells the story of Moncho and the hardships of living through war during childhood.

The director of La lengua de las mariposas (Butterfly) was born in Albacete, Madrid, on February 18, 1947. He worked as a producer, screenwriter and director.

During his career, he was a key figure in Spanish cinema in the 20th century and the beginning of the next. His work earned him the position of one of the most important directors in the country.

La lengua de las mariposas (Butterfly) was not his only success, within his long career he was able to direct other successful films such as El bosque animado, Amanece que no es poco, Así en el cielo como en la tierra and Total.

On most occasions, José Luis Cuerda took novels and stories as a basis, seeking to give them a faithful adaptation on the big screen.

Thanks to his incredible work with each of his films, Cuerda received several recognitions and awards, such as the Gran Cruz de la Orden Civil de Alfonso X, four Goya awards and the Gold Medal of Fine Arts.

In general, Cuerda works the stories from a dramatic and emotional vision. However, later on, almost at the end of his career, he chose to include resources such as absurd humour in his works, always with a brilliant narrative.

With La lengua de las mariposas (Butterfly), Cuerda managed to earn an overwhelmingly positive response from critics and viewers. This was mainly because the director manages to convey Moncho’s emotional story with a unique subtlety.

His message of defending the freedom of expression, personal freedom through education and character building from lived experiences was impeccably delivered.

Did you pay attention to the text? Let’s see how much you learned today with this activity!

If you enjoyed learning a bit about this film, you can study it further by signing up for our Spanish Film & Literature Workshops. 🕺

The best part is that not only do we have this play available, on our website you will find more than 20 other literature and film titles for you to choose from. 🤗

Come and learn Spanish from a more artistic angle with us! 🙌

The show is almost starting 🎥, we are waiting for you!