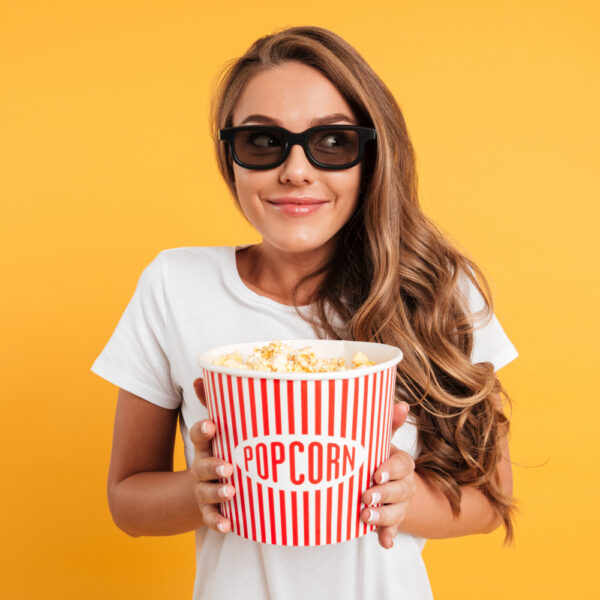 If there is one thing we can’t deny is that we all enjoy a good film or book 🤓. Immersing ourselves in fantastic stories for hours or days is a pleasure many indulge in. 📚🎬.

But, besides taking us to unique worlds and situations, films and works of literature also play an important role in the process of learning a new language 👀.

Both are, perhaps, some of the most direct ways of expanding your vocabulary in a language and getting to know its in-depth cultural 💃 and social 🙌 aspects.

For this reason, at Spanish Express, we have decided to create the Spanish Film & Literature Workshops 📙🎥.

In this workshop, we will work on the most relevant artworks of Hispanic culture, whilst helping you improve your Spanish, sharpening your reading comprehension skills and immersing yourself in the best things the culture has to offer 😊.

To give you a taste of the works we have available, today we’ll give you a rundown of the film La misma luna (The same moon) 🌙.

Get to know fantastic works like these in-depth, and come and join us. Let’s get started! 🕺

This film tells a very special story starring a nine-year-old boy named Carlitos. His mother, Rosario, is also an essential part of the story and shares the leading role with her son.

Rosario embarks on a journey to the United States from Mexico, seeking a better future for her son, her family and herself. While her mother cares for Carlitos in Mexico, Rosario begins to experience the jobs relegated to undocumented immigrants who come to the country to fulfil the “American dream“.

As the story unfolds, Carlitos and Rosario go through different parallel eventualities that will take them on learning-filled journeys as they both desperately seek to find each other again.

The difficulties they both face lead them to lose hope on many occasions, but each obstacle is overcome by the thought of the day when they will be together again.

La misma luna (The same moon) presents a touching story of family life. Still, it highlights the difficulties brought about by illegal immigration, a topic strongly debated in Latin American countries and mainly on the U.S.-Mexico border.

“And what’s so wonderful about our lives, let’s see? All the time running from the migra, living in a garage and, what’s worse, always wanting to be somewhere else.” – La misma luna (The same moon)

Love and compassion are also very prevalent themes within the film. Sacrifice for the welfare of the family and family ties that, no matter how far apart, are not so easily broken. These elements are the most important aspects of Hispanic culture.

Character development is one of the most striking features of the film. Carlitos goes from being an innocent child, who witnesses his mother leaving, to a person who must grow up fast to face how cruel and unjust the world is.

On the other hand, his mother also faces a reality that can knock down even the strongest, but her goal of helping her family keeps her hope to overcome every difficulty. Just like Carlitos, she endured tough situations to finally reunite with him.

La misma luna (The same moon) is, without a doubt, a true representation of the hardships experienced by immigrants seeking to fulfil the American dream. And although the story seeks to remain faithful to this reality, it only touches a superficial layer of the terrible situations experienced at the border.

A touching story that connects deep down and leaves an indelible learning experience, but also takes you into an important cultural aspect of Latin American culture. You can’t miss it!

Born on June 2, 1970, Mexican Patricia Riggen has become a symbol of female directors in the world of cinema.

The two most famous films that helped her acquire the position she has earned are La misma luna (The same moon) and Lemonade Mouth.

Patricia’s beginnings were not linked to filmmaking, as she was mainly involved in documentary writing and, one of her passions, journalism.

However, the Mexican knew that her destiny lay beyond documentaries and press releases, so she ended up moving to New York to study directing and screenwriting at Columbia University.

During her time at university, Patricia began to develop several projects that earned her recognition. Before graduating, she had already received several awards from prestigious festivals thanks to her short film The Cornfield.

“I like making movies that people feel inspired by, a film that they will think about a few days after seeing it, and not entertainment that is completely forgettable the moment you walk out of the theatre.” – Patricia Riggen

After graduation and years of work, La misma luna (The same moon) finally gave her the worldwide recognition she currently receives.

This film opened the door for her to direct other projects such as Girl in Progress, a film that gave her the opportunity to work with Patricia Arquette and Eva Mendes, two important figures in the industry.

She later worked with Disney Channel in the film Lemonade Mouth and closed his streak of success with Miracles from Heaven.

The cast of this film consisted of Eugenio Derbez, Jennifer Garner and Queen Latifah, an incredible group of actors for an equally successful all-around performance.

Patricia Riggen always shows in her films the most real and touching side of people and uses her creativity to shed light on current social issues.

Her works will not only leave you with a great learning experience but will also give you a close-up look at the Latino identity and at ongoing problems within Hispanic society.

Discover more movies and books in Spanish with Spanish Express!

If you liked this artwork, you must take a look at all the others we have available. 🎉

We have created a list of more than 20 films and books that will help you complement your Spanish studies ✨🎬📚.

Check out our list in the Spanish Film & Literature Workshops section. Choose your favourite and join us for the next session 🤝.

We’ll be waiting for you with popcorn and candy 🍭, don’t miss it! 🤗

New Year’s resolutions: do you have your list yet?