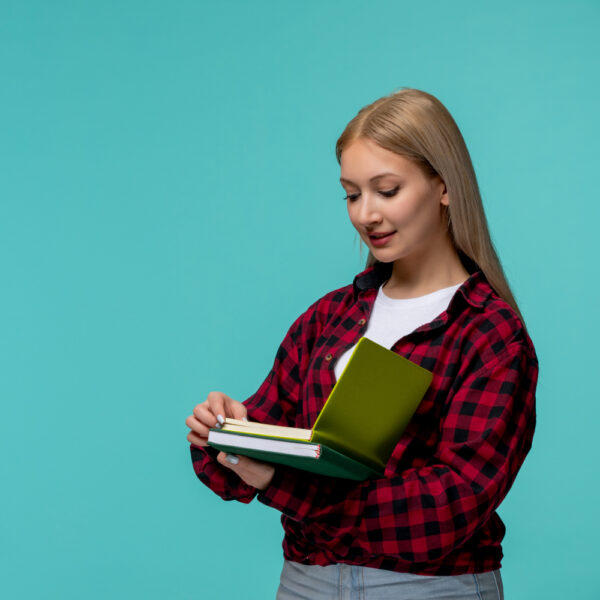 Do you want to learn Spanish from a cultural perspective? 🤔

We are talking about our Spanish Film & Literature Workshops in which we aim to teach you new aspects of Spanish through literature 📚 and film 🎬.

Both elements have an important weight when studying a language and cannot be left aside in your learning process.

Immerse yourself in this unique experience by getting to know one of the more than 20 artworks we have available 👀.

Today we will talk about Bodas de sangre (Blood Wedding) by Federico García Lorca, an iconic work within the Hispanic culture.

Check it out here. 📙

This play by Federico García Lorca is one of the most important ones of his career as a poet and playwright.

The play premiered in 1934, but it was written 3 years before it was performed on stage. This was something very common for the writer; he used to present his plays years after he had created them.

Nowadays, Bodas de sangre (Blood Wedding) is one of the most outstanding and studied works in Federico García Lorca’s repertoire. This is mainly because the writer managed to portray Andalusia at that time in an especially accurate way.

In Bodas de sangre (Blood Wedding), the main theme is the complicated relationship between death and love within a couple’s and family’s relationships. In addition, myths and traditions are also linked to the plot, which combines to give the play a magical touch.

A combination of drama with traditional elements results in a fantastic narrative.

“Let’s go to the dark corner, where I’ll always love you, where I don’t care about the people or the poison they throw at us”. – Blood Wedding, Federico García Lorca

During the development of the work, various customs of the Andalusian region can be identified. Many of the recurring elements in García Lorca’s works are also present, such as giving symbolism to common objects like a knife, animals like the horse and even people, such as the beggar girl present in the final scene.

The moon is also presented as a classic symbol in Lorca’s works, always representing death and violence reflected in the family in this story.

Another of the most important aspects of Bodas de sangre (Blood Wedding) is its construction. This play mixes verse with prose and, according to several studies, this is probably because the parts written in verse were intended to be sung by the actors on stage.

On the other hand, the characters in the play do not have a specific name; during the three acts of the play, the main characters are referred to as The Bride and The Bridegroom.

This particularity hides an intention since, by using this resource, García Lorca was able to better deliver the profound message of his play to the whole audience.

This is a story that encapsulates family dramas, sacrifice for love and death in the name of romance and that, without a doubt, you cannot fail to include in your repertoire of Spanish plays.

Born in Fuente Vaqueros, Granada, on 5 June 1898, Federico García Lorca left his mark on 20th century Spanish literature thanks to his incomparable talent. The prose writer, poet and playwright excelled with his works, which are still relevant today.

It was his talent as a playwright that brought him to prominence, making him one of the most important figures in the Spanish theatre of his time. His creativity and ability to convey stories that showed the most human side of everyone earned him his place within the Generation of ’27.

This well-known group of poets was made up of the most outstanding Spanish writers of the 20th century. Some of the names that formed this exceptional group of thinkers were Pedro Salinas, Luis Cernuda, Dámaso Alonso and Rafael Alberti.

“The physical, biological, natural agony of a body due to hunger, thirst or cold lasts little, very little. But the agony of the unsatisfied soul lasts a lifetime”. – Federico García Lorca

From the beginning, Federico García Lorca seems to have been sure of what he would devote his life to, as he decided to study Philosophy and Letters, and Law. He took the first step by enrolling at the University of Granada in 1914.

During his early years at the university, Lorca dedicated himself to exploring his literary creativity, and in doing so, he found the perfect place, the Café Alameda. This was the location where young Spanish intellectuals used to meet to discuss their ideas.

In addition to his classmates, Professor Martin Domínguez Berrueta was a great influence on García Lorca’s career.

The teacher not only taught in the classroom but also pushed his students to think outside those four walls, taking them on trips all over Spain and constantly introducing them to new authors.

These recurring trips lit a flame in Lorca, as with each new place he visited, he became more and more inspired to continue writing. These experiences resulted in his first book of prose, Impresiones y paisajes.

Later, García Lorca exchanged the green areas for new adventures and travelled as far as New York and some Latin American countries. His experiences in these locations helped him form a better idea of his identity and his own nation.

The political and social situation in Spain was always his main inspiration for his works, and these themes were the main protagonists until the day of his assassination by the rebel side at the start of the Spanish Civil War in 1936.

His death, however, did not overshadow his talent, and he is now remembered as one of the most influential writers with works that have inspired new authors and many generations.

Discover many more Hispanic books and films with Spanish Express! 🎥

This is just a taste of the more than 20 📚🎬 works we have available in our Spanish Film & Literature Workshops.

Take a look at our hand-picked list to improve your Spanish, choose your favourite and let’s meet up at the next session! 🙌

Contact us if you have any questions. We look forward to hearing from you. 👋